Nick helps brands tell their stories through media in real-time. An Emmy Award-Winning Director and Producer, Nick produces media and branded content for top thought leaders and media personalities around the world.

Recognized as a leading expert on branding and storytelling, Nick has authored more than two dozen Best-Selling books (including The Wall Street Journal Best-Seller, StorySelling) and produced and directed more than 60 documentaries, earning 16 Emmy Awards and 36 nominations. Nick speaks to audiences internationally on the topics of branding, entertainment, media, business, and storytelling at major universities and events.

As the CEO of DNA Media, Nick oversees a portfolio of companies including DNA Films, Astonish Entertainment, 11th Street Films, Abundance Studios, DNA (an international agency with more than 3,000 clients in 63 countries), and Ambitious.com. Nick is an award-winning director, producer, and songwriter who has worked on everything from large scale events to television shows with the likes of Steve Forbes, Ivanka Trump, Sir Richard Branson, Larry King, Jack Nicklaus, Rudy Ruettiger (the inspiration for the Hollywood Blockbuster, RUDY), Brian Tracy, Jack Canfield (The Secret, creator of the Chicken Soup for the Soul Series), and many more.  His show In Case You didn’t Know can be seen on Amazon Prime. 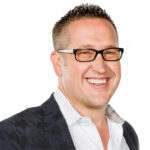