Tom Keith joins Patrick in the studio to discuss leadership challenges and opportunities in the social sector.

Tom is the president of the Sisters of Charity Foundation of South Carolina, a position he has held since March of 1996. Under his leadership, the Foundation has awarded more than $70 million through over 2,100 grants across South Carolina since its inception. Its current assets exceed $105 million.

Tom serves on the board of trustees for Columbia College, Columbia Free Medical Clinic and South Carolina Center for Fathers and Families. He has been an active member of the Southeastern Council of Foundations since 2002, including serving on the board from 2004 to 2010. He is a founding member and former chairman of the South Carolina Grantmakers Network, a group of 45 grantmaking foundations from across the state. In 2007, Tom was appointed to serve on the South Carolina Access to Justice Commission and served for six years. He was inducted into the Winthrop University College of Business Pinnacle Society in 2008, and he earned the Clemson University Institute for Family and Neighborhood Life Leadership Award in 2009. In 2004, Tom received the Healthy Learners “In All Things Charity” award. In 2016, he received a Palmetto State Fatherhood award.

With more than 40 years of experience in nonprofit management in five states, Tom’s credentials include a BA in Communications from Marshall University and an MBA from Winthrop University.

Tom’s Favorite Quote and Personal Motto:
“There is no cost whatsoever for being kind to every person you encounter on a daily basis. This single act can have a lasting effect on you and other people throughout your  life.” 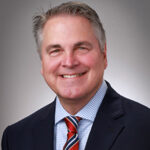